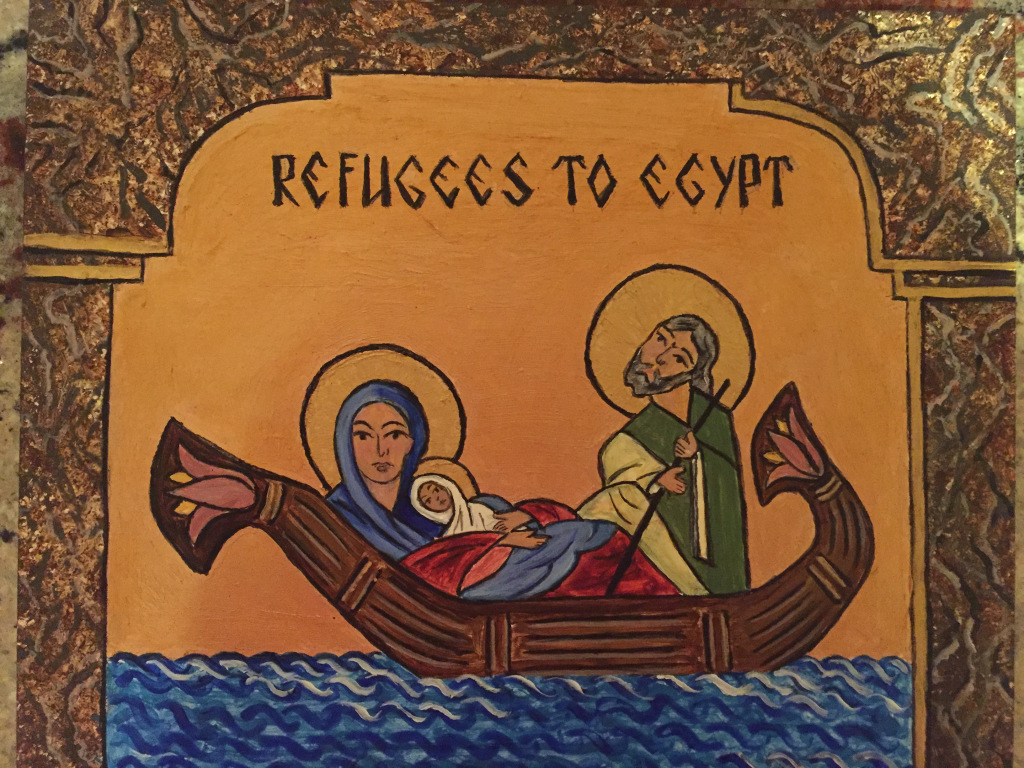 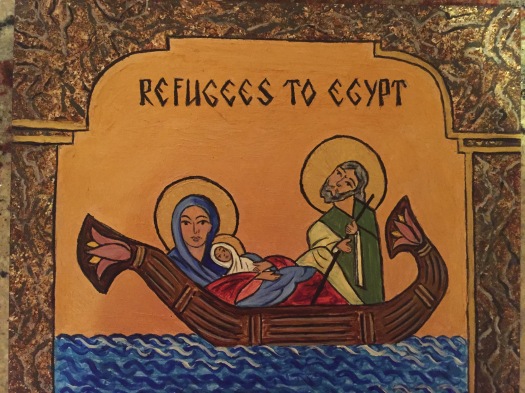 Have you ever considered yourself a refugee?  If you are a follower of Jesus Christ, then you are a refugee.

13 For when God made a promise to Abraham, since he had no one greater by whom to swear, he swore by himself, 14 saying, “Surely I will bless you and multiply you.” 15 And thus Abraham, having patiently waited, obtained the promise. 16 For people swear by something greater than themselves, and in all their disputes an oath is final for confirmation. 17 So when God desired to show more convincingly to the heirs of the promise the unchangeable character of his purpose, he guaranteed it with an oath, 18 so that by two unchangeable things, in which it is impossible for God to lie, we who have fled for refuge might have strong encouragement to hold fast to the hope set before us. 19 We have this as a sure and steadfast anchor of the soul, a hope that enters into the inner place behind the curtain, 20 where Jesus has gone as a forerunner on our behalf, having become a high priest forever after the order of Melchizedek.

If you and I cling to the sacrifice, death, and resurrection of Jesus Christ as the payment for our sin and our assurance of eternal life with him and the Father, then we are both refugees–refugees from the devastation of the enemy of our souls.

Many of those living in our part of the country in South Texas are refugees right now as well.  As Hurricane Harvey formed and came closer to the coastline, many fled for refuge to higher, dryer, safer ground.  Refugees staying with family and friends until it is safe to return to their homes, if their homes are still there when all is over (for those in the hurricane’s path).

Dear friend, whether you are a refugee of natural disaster, of war, of political persecution, of genocide, of religious persecution, of King Herod, or of slavery to sin, you know what it is like to be a refugee.  The image at the beginning of this blog is a special one of the Holy Family:  Joseph, Mary, and the infant Jesus fleeing for refuge to Egypt as the angel instructed Joseph to spare the child’s life from King Herod who sought to kill his rival.  It was not yet Jesus’ time to die, but devastatingly it became a slaughter of all the baby boys two years old and younger.  Jesus knows what it is to be a refugee.  Jesus knows what it is for many innocent ones to die because of hatred and jealousy.

13 Now when they had departed, behold, an angel of the Lord appeared to Joseph in a dream and said, “Rise, take the child and his mother, and flee to Egypt, and remain there until I tell you, for Herod is about to search for the child, to destroy him.” 14 And he rose and took the child and his mother by night and departed to Egypt 15 and remained there until the death of Herod. This was to fulfill what the Lord had spoken by the prophet, “Out of Egypt I called my son.”

16 Then Herod, when he saw that he had been tricked by the wise men, became furious, and he sent and killed all the male children in Bethlehem and in all that region who were two years old or under, according to the time that he had ascertained from the wise men.17 Then was fulfilled what was spoken by the prophet Jeremiah:

18 “A voice was heard in Ramah,
weeping and loud lamentation,
Rachel weeping for her children;
she refused to be comforted, because they are no more.”

The beautiful icon of the Holy Family fleeing to Egypt for refuge from political and religious persecution was written by Adele Alberg Calhoun, author of Spiritual Disciplines Handbook, co-pastor of Spiritual Formation at Highrock Church in Arlington, MA, and guest faculty for LTI’s Selah program, among many other things.  She also happens to be one of my favorite authors.  While at my most recent residency this June in NH, Adele shared with me this icon when she learned of the work we do with refugees.  She wrote to me regarding her response to this current humanitarian crisis:

I watched the news and ached over the families who left family and home and life behind.  Thousands of people don’t rip the fabric of their lives and set out in inflatable crafts for the fun of it.  It is desperation mingled with hope.  I think of the very few times I have held desperation and hope together inside me.  It was always in the throws of a cataclysm and the tendency to  fall into catastrophic thinking kept washing up on the shore of my heart.  I cannot imagine what it is like to be a refugee.  I cannot imagine the tension and variables and risk that are involved.  That pregnant women would leave and give birth in a place they didn’t even know can only happen when one is at the ragged edge of grief.
So what could I do?  What can you do?  Mother Theresa said something to the effect that we “should be the change we want to see in the world.”  I agree.  And  what does someone nearing 70 do?  As I contemplated and prayed the image of Jesus and Mary and Joseph came to mind.  I usually think of them traveling overland to Egypt.  But who knows how they went.  Travel by a boat was certainly more direct and perhaps even less hazardous.   I could paint the Holy Family as the refugees they were.  I could write icons and give a portion of the proceeds to World Relief.  It is a small thing — but it is not no thing.  With many small things we help the world become the kind of place we want it to be.  A place like the kingdom of God.  A place of shalom.  I can be a person of peace and welcome the stranger wherever I find them.  I too am on a rough sea.  And who knows when I will turn up on the shore of some far land hoping to find mercy and peace.
Breathe deep, lean hard, God’s love holds.

One Reply to “We Who Have Fled”